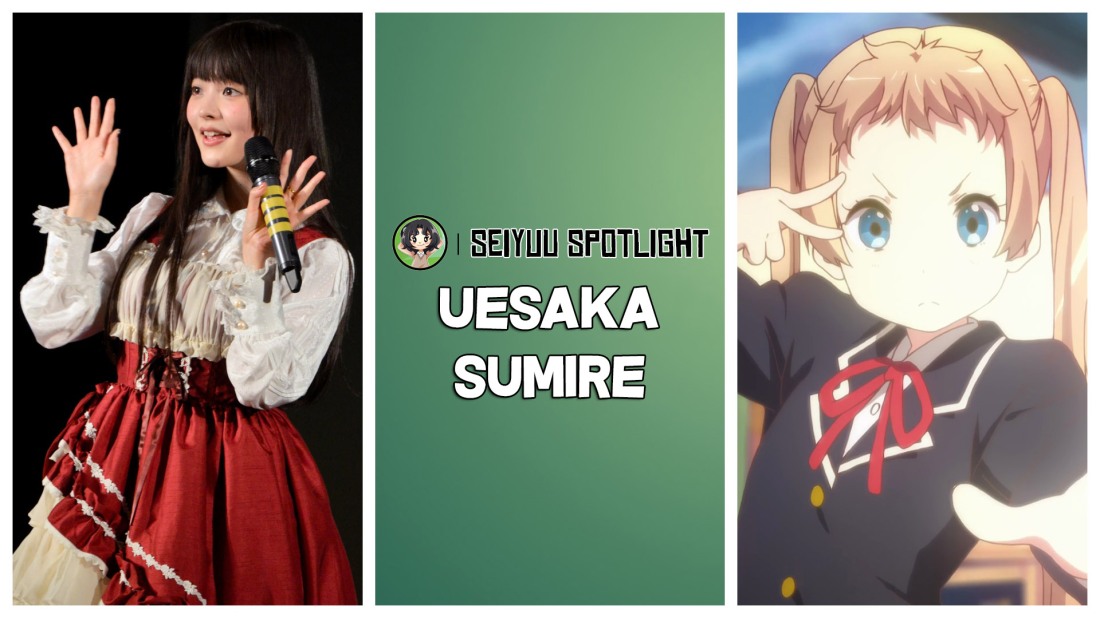 Welcome back to the Slice of Alfredo blog, today I wanted to whip up another Seiyuu Spoitlight! post for you lovely people. If you’re not sure what this segment is, essentially it’s a way for me to express my admiration for the voice actors and actresses that give life to our beloved anime characters, as well as to hopefully educate you about them and maybe appreciate them even more. It’s also a segment where apparently I neglect male seiyuu for female ones… (that’s supposed to be a joke but let’s be real here, i’m being pretty suspicious, given that I haven’t focused on a male voice actor ever since I was on my old blog from last year). 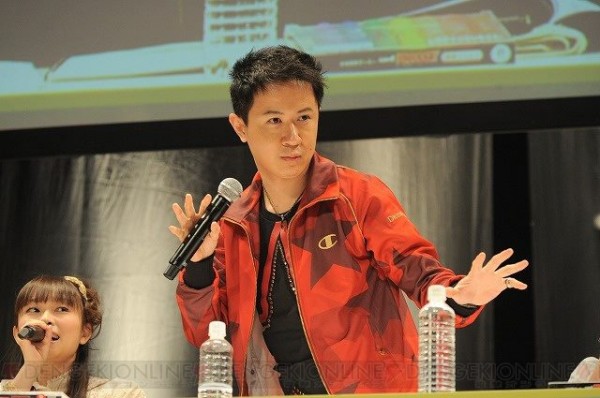 I promise Sugita-san will get his chance soon…

That being said, let’s talk a little about Uesaka Sumire!

General Information (thanks to aniDB)

Before we get into discussing Sumipe’s vocal abilities/performances, let me tell you a fun fact about her.

Uesaka Sumire is a HUGE admirer of everything Russia. The culture, history, art, literature, fashion, and even the military. She started to develop an interest after listening to the Soviet Union national anthem for the first time when she was in tenth grade and shortly after, Sumipe began to research and learn more and more about Russia’s history in her free time. She has states that her favorite part of Russian history was the Soviet era, under Tsarist rule. And while people can raise an eyebrows at her statements, Sumire really did find this period of Russian history pretty fascinating (you can read more about her love of Russia in her interview here). Sumipe in Moscow, with St. Basil’s Cathedral in the distance

Sumipe attended Sophia University, where she majored in Russian Studies and became pretty fluent in the Russian language (which you’ll see will come into play later in her career). And since we’re talking about language right now, Sumipe is also proficient in the English and Chinese language. There aren’t that many seiyuu that are bilingual!

Anyways, Uesaka-san has been in tons of shows ever since she debuted in 2012, which she was actually pretty damn busy in her first year in the industry. Just in 2012, she had major roles like Dekomori Sanae from Chuunibyou demo Koi ga Shitai!, Nonna in Girls und Panzer, and Takanashi Sora from Papa Iukoto wo Kikinasai!. 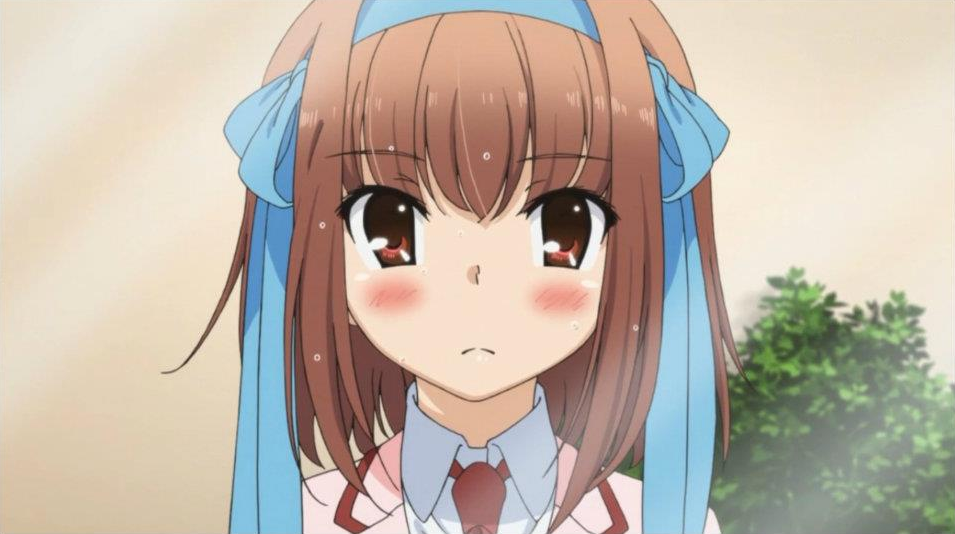 She later appeared in various anime as Fubuki in Kantai Collection, Kawakami Mai from Musaigen no Phantom World, Chuchu in Show By Rock!!, Anastasia in THE IDOLM@STER Cinderella Girls, Fuuki Iinchou from Aho Girl, Pipimi in Pop Team Epic, and Aletta from Isekai Shokudou. 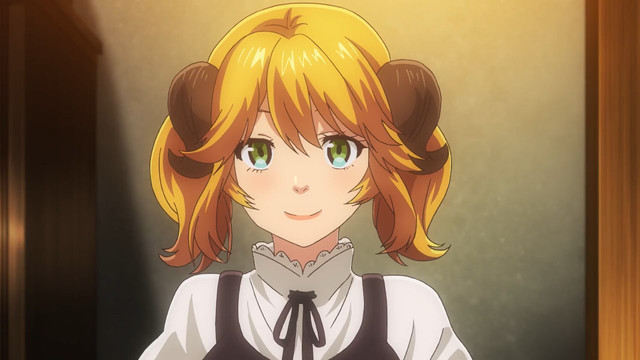 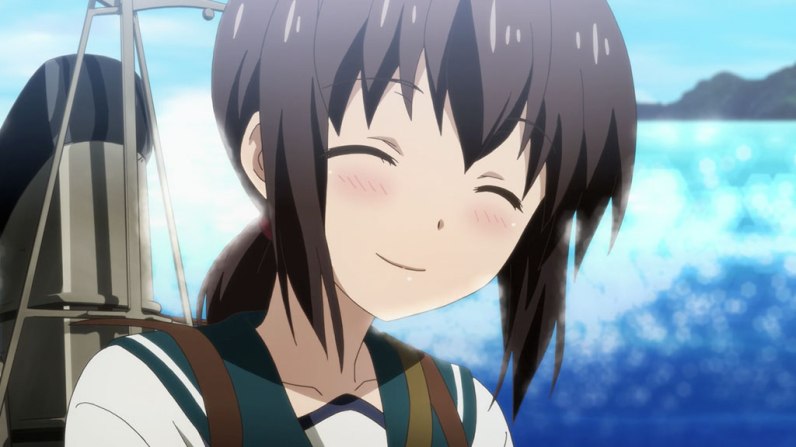 From what I’ve listened to, Sumipe can definitely vary the styles of voices she does for different roles. Like with most female seiyuu, she can play the role of a cute high school student whether they have a ton of energy like Dekomori, a more tame and reserved indivdual, or even someone in the middle. With abilities like changing her pitch and amount of energy, she can do many different types of voices to the point where you might not even notice it’s Sumipe.

A good example (and a nice segue to my next point) of her doing a much more “reserved” kind of role is her performances as both Nonna from Girls und Panzer and Anastasia in THE IDOLM@STER Cinderella Girls. Not only does Sumipe give off a much deeper pitch when she portrays these two, she actually gets to put her Russian language skills to use!

Yep yep, that’s Sumipe speaking Russian. And while I don’t know understand any Russian, I’m not sure if she sounds actually genuine… but from my perspective she definitely sounds believable as a foreigner, doesn’t she? I’m not sure if she has done anything other anime or video game role that requires her to speak Russian, but I think Sumipe is a studio’s very first choice if they would need one.

Moving on to her musical/singing abilities, because she is considered a pop idol like many other female seiyuu, she tends to have a very fun-sounding and high pitched voice when singing. It’s very apparent when she performs her own songs live (which by the way, some of her concerts are Russian-themed lmao).

But she can change it up according to the anime roles she has. A perfect example being her in Girls und Panzer, in the scene where the Russian team is driving through the snow, singing the popular Russian folk song, “Katyusha/Катюша”, a song about a soldier protecting the Motherland and hoping his loved one stays true to him. This was a song used during World War II, sung by students to the Soviet soldiers before they head off to fight Nazi Germany… basically, it’s very appropriate for both the show and Sumipe herself lol

Speaking of GuP, you can see really how knowledgeable she is in the history of the Russian military, as on a radio show segment alongside Sugita Tomokazu, Sumipe laid down detailed fact after detailed fact about Soviet Russian tanks. It’s very impressive how much she knows about this; she would be a great narrator of a documentary about the Russian culture.

Alright… I think that’s all I gotta say about Sumipe (I’ve never discussed this much about Russia in my entire life lol). You can definitely see that she is a very very talented person, both on and off anime related activities. Also the fact that she’s insanely passionate in a topic that not everyone is familiar with, it adds another level of uniqueness to her character, I believe. I hope she gets many more roles in the future!

Here’s a fun, entertaining video with Sumipe, alongside Hayami Saori and Uchida Maaya to end it off 🙂

(Apparently despite her being a Japanese pop idol, Sumipe really doesn’t like the word “cute”, or at least being called that, as it’s very much embarrassing to her lol)