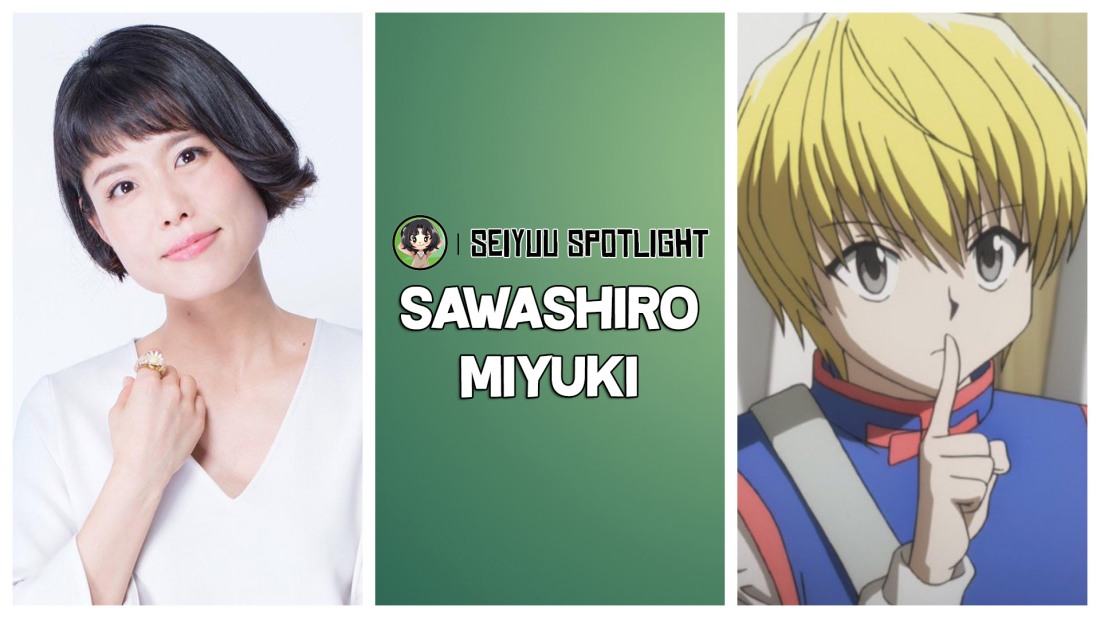 Hello and welcome to the very first Seiyuu Spotlight! of 2019!

In case you’re new to this blog or just don’t know what this is, this is a segment I like to do occasionally (I should be doing it more tbh) where I essentially express my admiration for the different voice actors and actresses we hear in the anime we watch, and maybe even educate you a little about them. I find this segment to be extremely fun to write about and I hope you enjoy it as well!

In today’s installment, we got a really good seiyuu to discuss so let’s just jump right in! 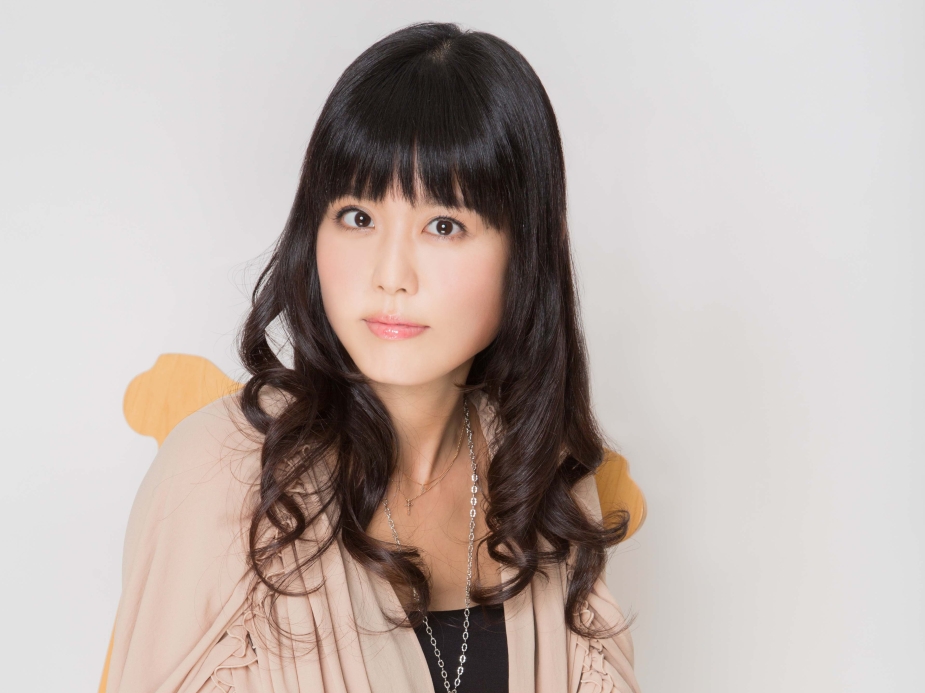 General Information (thanks to ANN)

Sawashiro Miyuki got her start in voice acting way back in 1999 (age 14-15), when she auditioned for a role in the Madhouse sci-fi comedy Di Gi Charat. She was later accepted and received the role of one of the main characters in that show, Petit Charat, thus beginning her career as a seiyuu. But before we get into her performances, I just wanted to talk about some background info/interesting facts you may find intriguing.

Sawashiro Miyuki is definitely an interesting seiyuu to talk about because unlike the more cutesy and high-pitched voice actresses I like to discuss on this blog such as Ogura Yui or Uchida Maaya, Miyukichi is mainly known for the deeper, mature-sounding voice she does in her anime roles. A majority of her roles consist of adult women who are mature, lady-like, and/or seductive such as Celty Sturluson from Durarara!, Koyanagi Hanako from WotaKoi, Karanomori Shion of Psycho-Pass, and even Mine Fujiko from the newer adaptations of the Lupin III franchise.

But the high level of maturity Sawashiro-san gives off in her voice doesn’t only apply to adult female roles. Miyukichi has voiced more younger characters like teenagers who either maintain that lady-like vibe like with Yano Ayane from Kimi ni Todoke or even someone more tomboy-ish such as when she played Inaba Himeko in Kokoro Connect or Seo Yuzuki from Gekkan Shoujo Nozaki-kun.

If you wanted to hear an even deeper, more masculine and serious role from her, a great example is probably one of her most well-known roles as Kurapika from the ever-so-popular anime series Hunter X Hunter (2011). This is definitely one of the more impressive aspects of Sawashiro Miyuki’s vocal abilities since it’s very clear that she can do both a male and female voice for characters. Let’s tone it down a bit and mention that despite her expertise portraying characters with deeper voices, she can also do roles that require a higher pitch. Some examples being Mint in Project Galaxy Angel (one of her very first roles), Hatsuse Izuna from the No Game No Life series, Nanami Haruka from Uta no Prince-sama and most notably, she can even portray a baby as people have seen her as Beezlebub from the comedy anime of the same name.

Other than anime, Miyukichi has been casted in tons and tons of video games, but the more notable ones are definitely her as Cammy from the Street Fighter franchise, Camilla in Fire Emblem Fates, and she also voiced a few characters in the popular mobile game Fate/Grand Order such as Mordred and Rama. 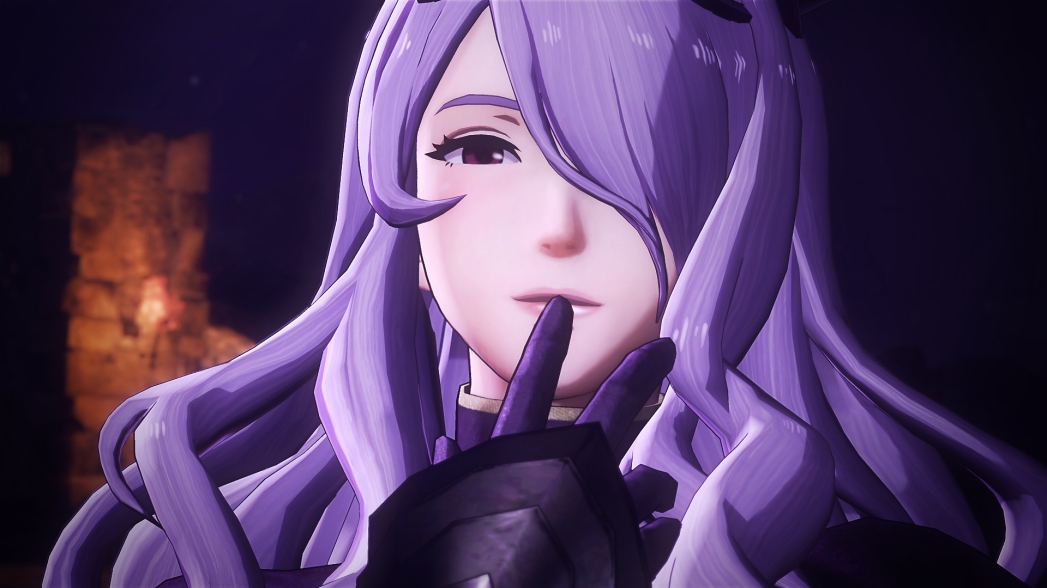 Lastly, Sawashiro-san can absolutely, positively sing. There are a ton of songs sung by her that I can feature such as Kanbaru’s opening in Bakemonogatari or “Heart in Blue”, her character song in the supernatural action anime K. But if we’re talking about Miyukichi and the distinct voice she has, the ending to Lupin III Part 5, “Seine no Kaze ni… Adieu”, is a perfect choice. God, her voice just fits so well with that smooth and romantic French style of music.

Aaaand that’s all I really gotta say about Sawashiro Miyuki! While it does seem like I sway towards discussing cutesy and high-pitched seiyuu more, I still do have a great love for voice actresses who are able to give off a more mature vibe and surprisingly, I have seen quite a lot of shows that feature Miyukichi. She is without a doubt a talented actress and she definitely deserves all the love she gets from anime fans. Hope she continues to maintain this amount of success in the future!

One last thing: I have opened up an Instagram account where I’ll mainly be posting pictures of different seiyuu; think of it as sort of a fan account. If you’re interested in following, the IG handle is @seiyuuspotlight and I will try my best to maintain that account while I still running my Love Live-based one 😛