Yorimoi and Wanting to Get Out of My Comfort Zone

If you’ve been a pretty frequent follower in seasonal anime, you might’ve heard or watched one particular show that aired back in the Winter 2018 season named Sora yori mo Tooi Basho, or in English A Place Further than the Universe: a story about a group of young girls who chase their dreams and goals by going to a place most would think would be impossible to travel to, Antarctica.

At first, many people waved this show off, thinking it’ll be another pointless “cute-girls-doing-cute-things” kind of show (which I can understand). But it wouldn’t be long until they would be proven wrong, as it became one of the most popular and highly-praised shows of the season and even, year, given it’s incredible writing, intriguing characters and relationships between these four girls, as well as the beautiful art and animation by studio Madhouse… 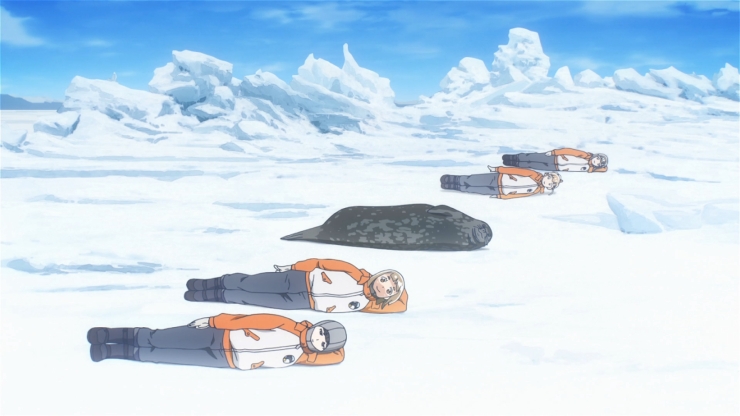 …however, let me say that I wasn’t one who actually finished that show when it first aired. I honestly don’t know why I stopped watched while I was pretty far into it but yesterday, I just got the urge to finally see what all the praise was about.

Well, I sure as hell wasn’t disappointed.

I absolutely loved this show, and while I’ll probably save my full thoughts on it for a proper review post, I’ll just say it is definitely one of the greatest slice-of-life anime (and possibly anime in general) I have ever seen, with it joining other amazing SoLs on my list like Usagi Drop and K-On!. But there’s a specific thing I wanted to talk about regarding this show, so let’s just jump right in!

One obvious theme we saw in this anime was having aspirations, as we saw with these four characters who wanted to embark on a journey to fulfill a desire that keeps wandering in their minds. Whether that be Miyake Hinata who wanted to do something big before entrance exams or Kobuchizawa Shirase and her intense goal of finding her mother who went missing during an expedition in Antarctica, I believe this show expressed that subject matter within its story and characters in such an excellent way.

The expression of fulfilling life goals was shown so well, I genuinely started to relate to these characters and reminded me of something new I’ve been wanting to do myself. There’s a character in this show, Tamaki Mari (nicknamed “Kimari”), who wasn’t the kind of person to be carefree and experience brand new things that life had to offer, simply because of anxiety and fear overpowering her dreams of doing so. But now that she’s in her second year of high school, Kimari no longer wants to waste her youth and is fully determined to find out what’s outside of her regular environments.

I bring up Kimari because while I was watching all 13 episodes of this show, I kept thinking how much her character (and some of the other three girls) is so similar to how I am as a person. I don’t think I really expressed this that much in my previous blog posts or tweets and such but I have always been someone who is, for a lack of a better term, “isolated” from most things. When I was much younger, I had an extreme case of social anxiety where I couldn’t even speak a word to anybody but my close family. Now that I look back at it, I’m very surprised I even maintained friendships with other people during that time. However I’ve improved as a person for the most part since then but even today, 12 or so years later, that sense of isolation still remains around me. Whether that be the fact that I have trouble starting conversations with other people, me not being so confident when doing things, my parents being more or less paranoid and not allowing me to go take a train to the next city over in my free time, or just not joining any school clubs or sports as personal preference… I can definitely say I’m not a very adventurous person compared to others.

But don’t get me wrong. While there are some things I’d like to change, I really do enjoy living the life I am living right now. Like many people, I believe doing whatever makes you comfortable and happy is the best thing to do as a human being. And I guess taking naps, writing, listening to music, and indulging in sports is the kind of life that makes me super happy 😛

However something interesting crossed my mind in the past couple months. As I’ve been learning and enjoying all the different things about Japan, mostly relating to the entertainment side of it, a few aspirations have grown from my interest in this particular culture. From wanting to attend some sort of concert of a J-artist to having an interest in actually learning the Japanese language (…mainly cause there are so many untranslated videos of seiyuu events and such lmao), it’s certain that I’d love to dive deeper in the Japanese culture. 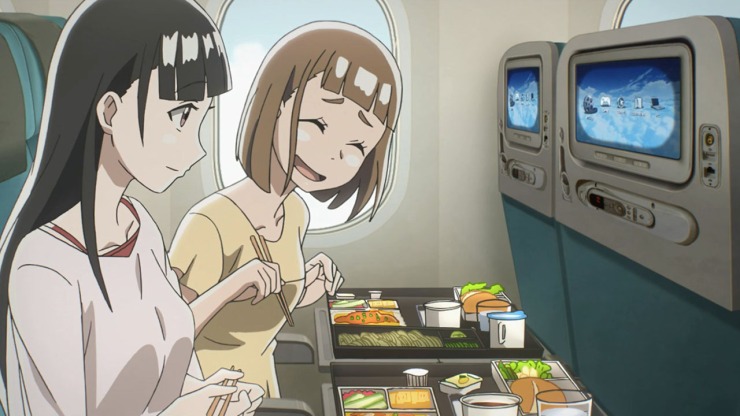 But there’s one desire that has recently been floating in my mind which I’ve started to think about in a serious manner, and that’s taking a trip to Japan. I think because I’ve been so exposed to the Japanese entertainment culture, my curiosity and interest in finding out more about it has increased drastically. Wanting to see Akihabara and how otaku-invaded it really is (lol), checking out places/landmarks seen in famous anime like the K-On school, experiencing how things like residency and food are different from what I’m used it, possibly going to a concert of a beloved idol or band… there’s so many things I can imagine doing there. And not only it is because of my interest in otaku things but as I’ve mentioned before in my seiyuu baseball post, I would absolutely love to experience a Japanese baseball game to see how it compares to an American one.

Shortly after this idea came to me, I asked my two good friends if they would actually go take a trip with me one day (one is very much an otaku, the other enjoys watching sports). And as you might’ve seen in a tweet of mine, I told them I was very determined about going.

…we will see if that ever happens lol

To tie this back to Yorimoi, as I said before, I was reminded about this whole Japan trip idea while watching Kimari in this narrative. How she has suffered with a great amount of anxiety her whole life like myself, not having much confidence and chickening out of things at the last minute. But when I saw her overcoming her fear and actually pursuing her desire, I can say it got me a little excited and boosted my confidence in going for the desire I’ve started to want. Not to sound cliche or anything but I really do think Kimari helped me believe that it’s possible for me to get out of my comfort zone.

And yes, I know taking a trip to Japan isn’t as crazy and difficult as going to a place like Antarctica but as a person who has been so isolated and sees many things as unknown (I have never left the country and only have been to, like, four states in the US), going to a completely different environment where they don’t speak the same language, have different social morals and especially not going with people I’m so used to being around like my family… it’s certainly something that can make you feel uneasy. But despite the worries I may have when dealing with this situation, I can tell a brand new experience like this can be a really enjoyable one, especially when it’s with people like my friends.

Lastly, I have no idea if this Japan trip idea will even happen anytime soon, given my friends and I are about to enter college and one of them is also heading 2,000+ miles back to his home. But all I will say is that I hope I can eventually fulfill this aspiration of mine in the near future, just like how Kimari did… 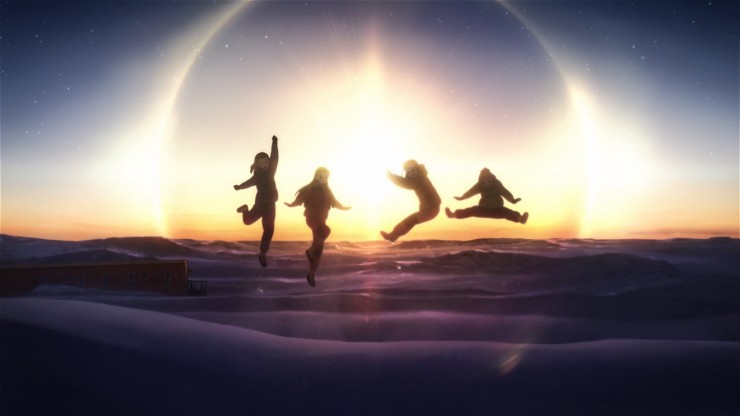 …although I definitely would not go out and do something like travel to a different country without a set-in-stone plan. That’s a terrible idea.

So yeah. Thanks for reading this little write-up; I’m just super glad that I could connect things in my life to a brilliant show like Yorimoi in a nice way. Also by the way, if you haven’t seen this anime yet, I definitely suggest watching it! I enjoyed everything about this show and as I mentioned earlier, it’s honestly one of the best slice-of-life anime I have seen… and I think I can say that I’ve seen a lot of slice-of-life shows haha

Lastly, allow me to end off this post with one of the insert songs from Yorimoi, performed by the absolutely wonderful saya (I listened to this song on repeat while writing this post lol):

Thanks for reading again!! 😀