I still have only scratched the surface with Japanese live-action shows, and I think me holding off watching the last episode of We Married as a Job MONTHS after binge-ing the first ten episodes… it certainly shows that I am a mere amateur when it comes to these. It’s not that I don’t enjoy these, I love J-dramas. I am just a lazy person, that’s all.

By the way, the last episode of We Married as a Job was really good. So many great moments (and twists) that just left me satisfied 😀

So right after finishing that show, I immediately wanted to find another J-drama to indulge in and I actually read some comments from my previous J-drama related post in order to decide (thank you for all the suggestions, by the way!). And as you can tell from the title, I started watching a J-drama/comedy/law show called Legal High, which originally aired back in 2012.

Attorney Komikado Kensuke (Sakai Masato) loves money, prestige & women, but also has a 100% winning rate when it comes to his legal cases. Mayuzumi Machiko (Aragaki Yui) is a rookie attorney who holds a strong sense of justice & passionate about protecting the weak. She is also awkward and rigid in her work.

One day, due to unforeseen circumstances, Mayuzumi Machiko begins to work at Komikado Kensuke’s law office. The two attorneys constantly clash, but in the courtroom they cooperate to fight as one. (MyDramaList)

Right off the bat, you can tell I’m starting to become a real Aragaki Yui fan since she does play a main role in Mayuzumi (she played Moriyama Mikuri in We Married as a Job, that’s pretty much why I picked this show lol). I just really love her charm and beautiful appearance; how can you not?! But we’ll get to her in a second.

This show is obviously about law and lawyers taking jobs in order to defend their clients. There have been TONS of television shows, both in Asian and non-Asian media, that deal with the same concept and Legal High really isn’t that different. We follow the process of these lawyers finding evidence, interrogating, going through a trial process, cross-examination, all the suspenseful goodies you’d expect from a law show. Even with the characters, there are many tropes you can identify within them like the cocky and annoying elite-level lawyer, a proper amateur who just got out of law school, the evil-looking rival lawyer to Komikado-sensei, the highly-skilled butler who reveals a brand new and random talent each episode… there isn’t much that really pops out at first glance (don’t get me wrong though, I love Hattori-san, the butler lol). 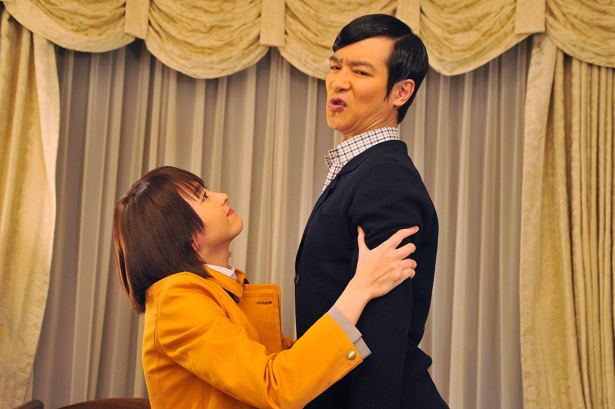 However, I do still find it very, very enjoyable.

I haven’t seen many law shows in general but I did read from a review someone wrote saying that Legal High is so enjoyable because it expresses and does a good job focusing on the justice part of the narrative, unlike a lot of shows in the same genre. I’m not sure how accurate this person’s statement is (I have heard that a lot of law shows have a big emphasis on romance between characters) but I would generally agree! Most of the show are scenes that relate or help progress with whatever case or trial they’re working on and they are pretty intriguing to watch. From what I’ve seen so far, each episode dealt with completely different legal issues from one another, whether that be a plagiarism issue involving two music tracks or even trying to defend a stalker who forcefully stole a bride from a wedding. I think there is also a sense of difficulty within these episodes since some cases seemed harder to deal with from others, and even though we know that Komikado-sensei will probably win each court case because of his perfect record, it’s still interesting to see how he’ll figure things out despite having some roadblocks here and there. 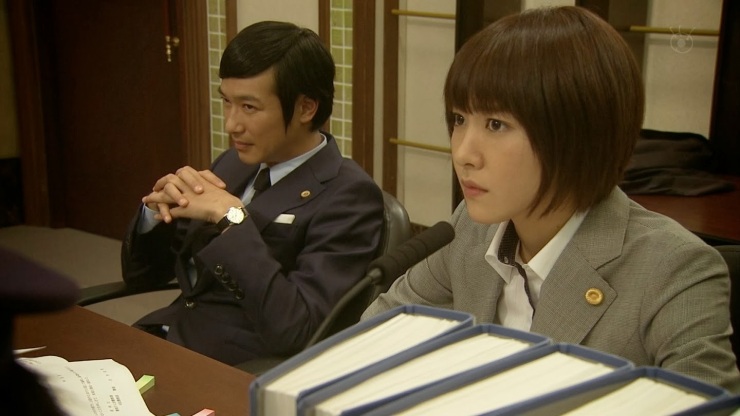 Legal High is genuinely a funny show. Its jokes aren’t at all tiring and can actually make you chuckle or laugh. Even though this show is still considered a drama and has its dramatic moments, there is a clear and great balance between comedy and seriousness that rarely makes one overpower the other. And I think Komikado-sensei is certainly where most of the comedy comes from, as his arrogant personality and sarcastic comments towards others are shown excellently for the audience to enjoy.

Speaking of Komikado-sensei, his amusing antics really wouldn’t be shown so well if it weren’t for the person playing as him, Sakai Masato. I have never heard of Sakai-san prior to watching Legal High but man, he is such a great actor. His loudness, funny facial expressions, and silly behaviors like how he walks, I thought Sakai-san was the perfect person to cast as Komikado. And on the topic of him, I kept thinking to myself while watching this show that Sakai Masato could totally be Lupin the Third in like a live-action adaptation thing. He’s cool-looking, sounds like Lupin, and he’s even got the sideburns for it! 😛

The other main character is Mayuzumi Machiko, played by Aragaki Yui. She’s pretty much supposed to be the rookie attorney who just got out of law school and has that responsible, “let’s-stick-to-the-rules” kind of nature, one that is basically the polar opposite of Komikado’s. To be real honest, she doesn’t exactly add much to the narrative. She is Komikado’s assistant and basically does all the small work for him during a case but… that’s sort of it. She still is a likable character who I would root for as she tries to achieve her goal of defeating Komikado but so far in the show, she is solely seen as the assistant who helps him on cases. There’s nothing wrong with that, it’s just that maybe I misunderstood and thought that this would be a show where this rookie attorney did more since she is a main character and has an important aura ever seen we saw her in the beginning. But then again, a rookie attorney would start out as an assistant in reality so it works out.

And like I said earlier, Aragaki Yui does do a spectacular job of portraying a young, proper person who just wants to do their job right. I can tell why a lot of people like her and consider her as a great actress, because she is!

I guess I’ll end this post off by talking about the ending song of this show, it being “Megami no KISS / 女神のKISS” from artist PES from RIP SLYME. It’s a pretty funky, chill and catchy song with it’s memorable guitar riff at the beginning, and it’s certainly a nice song for an ending of a TV show. I do have some nit-picky thoughts about it like how the dude sings the chorus weird, but overall it’s a nice track.

That’s pretty much all I have to say so far about Legal High! I’m having a lot of fun watching this particular drama and I’m glad I found it from fellow bloggers on here.

Have you seen/are you a fan of Legal High? Let me know in the comments, I’d love to hear your thoughts.