Hello. It’s been a bit since my last real written post and my summer plans for blogging haven’t been going too well so far (lol). But just to get myself back into writing more on this blog, allow me to share my personal thoughts on the new Summer 2019 anime season! There are a good amount of pretty solid shows so far, compared to last season, so let’s jump right in!

Dumbbell Nan Kilo Moteru? / How Many Kilograms are the Dumbbells You Lift? 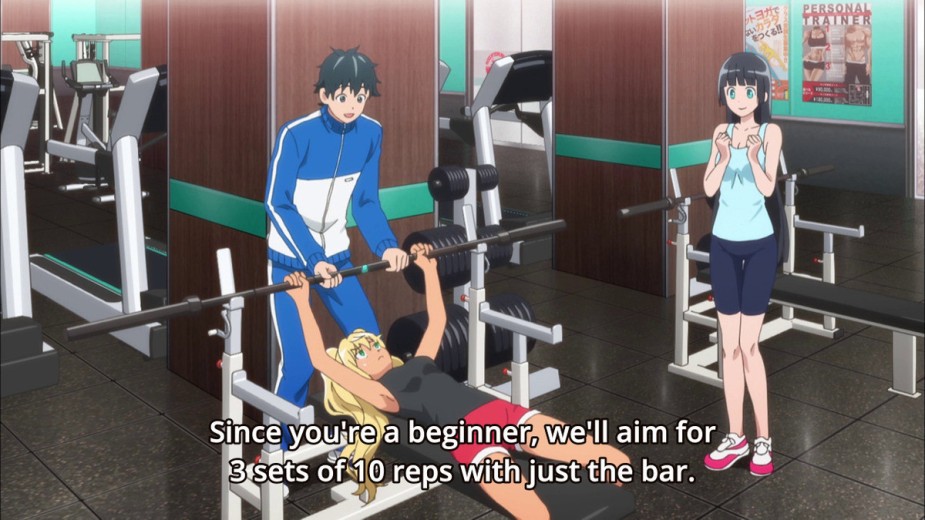 Popular anime studio Doga Kobo have made some real enjoyable shows in the past, all revolving around the sweet, sweet genres of “slice-of-life” and “comedy”. A lot of the anime they have made in the past have been some of my favorites within these genres such as New Game!, Gekkan Shoujo Nozaki-kun, Gabriel Dropout, and many more.

…however, in my honest opinion, their works in recent anime seasons haven’t been so great.

I’m mainly talking about shows like UzaMaid, Wataten, and the recent Sewayaki Kitsune no Senko-san. All of those shows just weren’t entertaining to me in general and most glaringly, it seems like a lot of the comedy depended on the whole loli-adult “predatory” relationship/shtick that is definitely apparent. Some people enjoy shows like that but honestly it gets super old and I’m just simply not a huge fan of adults obsessing over small kids/people in that way. When the same studio does a show like that THREE seasons in a row… come on, really?

But Doga Kobo changed it up a bit with their latest manga adaptation, Dumbbell Nan Kilo Moteru?, a show about young teenagers exercising and getting their bodies in the fit shape they desire. This one was interesting to watch from a slice-of-life/comedy fan’s perspective, since fitness and exercise hasn’t been expressed in a lot of anime of those genres. Plus, this is one of those “edutainment” shows, as it goes in pretty full (and I would assume, realistic) detail on different fitness concepts ranging from thorough explanations of exercises to even nutritional facts. Not only is it informative, but it certainly can be funny with Hibiki’s struggles as a beginner and, well, the character of Machio in general. The opening song is also really damn good, probably will be one of my favorites this season.

Overall, it’s a fun show to watch. So far, it’s much better than Doga Kobo’s other recent works so that’s already a great sign. Also something interesting to mention: this is a photo of Hibiki’s voice actress, Fairouz Ai, who is also half-Japanese and half-Egyptian…

…I don’t know about this one.

Pretty much this average dude has to join a club at school and the one he stumbles upon is the Magic Club, which has only one member who has total stage fright and is a total klutz. We essentially just see the jokes and comedy that come from Tejina-senpai’s clumsy behavior and attempts at magic and… that’s it. Oh yeah, it’s also certainly an “ecchi” anime.

Similar to my thoughts about comedies with lolis, ecchi is not my cup of tea. I’m okay with some fanservice in anime but this one is basically 80% fanservice, 20% comedy, and it sort of feels forced and not implemented in a clever way (like a lot of ecchi anime). Characters with big busts, panty shots, lewd jokes… I don’t exactly find those entertaining and/or funny.

Comedy is okay and Tejina-senpai is actually a pretty cute character (bonus points from me since she’s voiced by Hondo Kaede) but the ecchi factor overpowers all of it to the point where it’s literally the only thing I can think of when watching this show. But that’s just my opinion. I might just drop this by episode three if it continues to be like this (and it most likely will), we’ll see.

One good thing I’d say about this show though is that the opening is made by a seiyuu pop group I’m very familiar with, i☆Ris, and it’s a pretty catchy song. 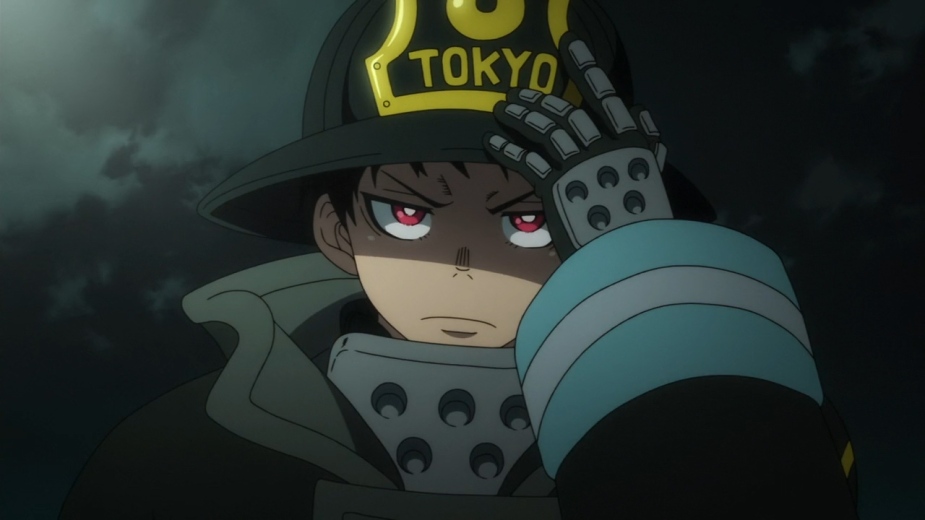 If you know me pretty well, or if you just simply look at the kinds of posts I write, I tend to lean towards the cutesy, chillax side of anime with CGDCT shows or idols or music featuring female vocals, etc. But you know, I can enjoy a shounen or two sometimes! 😛

Fire Force definitely has a unique concept to me, and I would assume many other people, since it’s about a unit of firefighter-esque mercenaries, the Special Fire Force Company 8, who fight against the “Infernals”, innocent humans who suffer from a “human combustion” phenomenon and turn into living infernos. Young Kusakabe Shinra, who has the ability to ignite fire from his feet, saw the unfortunate deaths of his mother and brother twelve years ago and was held responsible for the incident. He then joins the Fire Force in order to find out the truth behind his loved ones’ deaths and seek revenge against them.

Everything about this show interests me a lot from the firefighting force being mixed in with dealing with evil demons and ideas from religion; to the character of Shinra, his unfortunate past, and the fact that he has a misunderstood expression of smiling when he’s tense. The small inclusion of comedy and little jokes here and there in a show like this is a little bit out-of-place (I heard the sense of humor in the manga wasn’t perceived to be good from fans) but that’s probably the main flaw I see within this show. Animation and the art looks nice, too!

Oh, and the OP/ED duo in this show is hella good. Nice to see a familiar band in MRS.Green Apple doing an anime opening. I think when it comes to the “Music” genre within anime, many people would immediately think of K-On!, with it being the most popular and memorable show (I would believe) in that side of anime. And I think it’s the same when people see a brand new or upcoming show with the “Music” tag or a show that involves a band, they sort of have the expectation of it being similar to K-On! since it’s pretty much the norm now. I’m not going to write a whole paragraph on comparing Given and K-On!, but I will say that Given does remind me a bit of the latter.

Talented at both playing the guitar for a band and playing basketball, Uenoyama Ritsuka starts to become bored of doing both during his time in high school, to the point where he would rather take a nap during breaks. One day as he goes to his usual spot for relaxing, he finds a strange guy by the name of Satou Mafuyu, who sits there with a guitar that has its strings broken. Despite being weirded out by him, Ritsuka grudgingly repairs Mafuyu’s guitar, which results in Mafuyu being attached to and even pleads for Ritsuka to teach him how to play the instrument. You know, I thought this was a really nice first episode. Even though I’ve heard of these kinds of shows, I have never actually seen one of these all-male high school drama anime (for obvious reasons). But my first impressions are definitely positive; I’m genuinely interested in how the drama plays out with a cast of characters like these guys and in a story setting revolving around music, as well as how the “shonen ai” part will be expressed. I love high school dramas, and have seen a good amount, so I’m looking forward to it. Plus, I’m just excited to see what kind of music and music-related things are shown in this show since that scene where Ritsuka’s band performed a sample for Mafuyu… that song was hella nice.

Also this is actually my first time hearing Uchida Yuuma act in an anime (he plays Ritsuka); I only know him as Uchida Maaya’s little brother so it’s nice to finally hear his acting abilities lol

Well, that’s all I really want to talk about, at least for now. I didn’t want to make this post long as hell so Part 2 of my first impressions on a few more anime will come out in the next couple days.

What are your thoughts on some of these shows? I’d love to know in the comments.